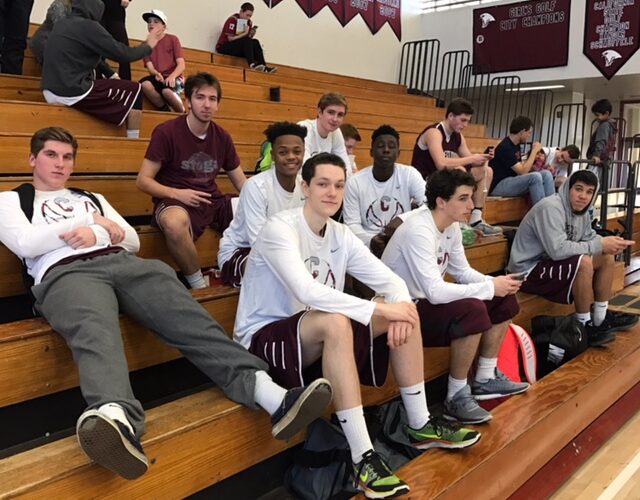 The Varsity squad opened the Surf-N-Slam holiday tourney out in San Diego against a team from Eastlake HS in Washington. The 2 teams played a tight 1st quarter with Stoga trailing by a point 9-10. Scott Shapiro and Angus Mayock played an inside/outside game during the first 2 periods as each netted 10 pts. to give Stoga the lead at half 29-21.
The third qtr. saw a back and forth affair with Stoga holding onto a slim 6 pt. lead 40-34. Milton Robinson scored 6 of his 12 pts in the 4th qtr. as Stoga began to pull away from Eastlake. Zach Lezanic and Charlie Martin hit some key free throws down the stretch and the team came away with a 60-46 win. For the game Stoga was an impressive 11 of 13 from the free throw line.
The Pioneers are back in action again tomorrow at 4:45 pm EST.