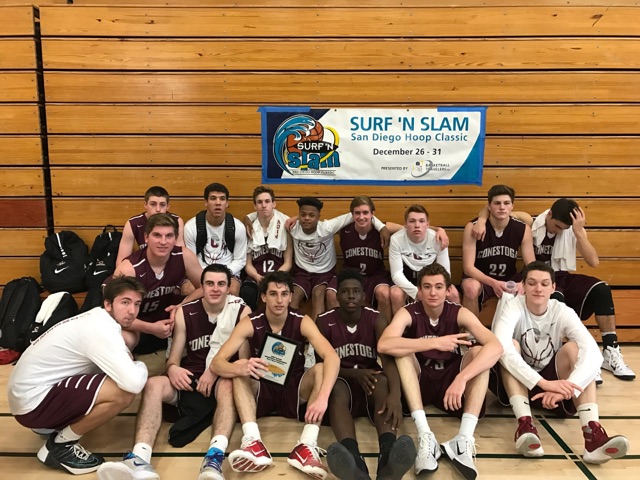 Conestoga varsity closed out 2016 in style with a thrilling 60-59 overtime win to capture 3rd place in the San Diego Surf-n-Slam holiday tournament. In a tightly contested game against the hometown team Scripps Ranch HS, neither team was able to get much of a lead and Stoga found themselves down at half 23-25.
The second half saw back and forth action with Stoga’s senior trio of Scott, Angus, and Charlie Martin leading the way as each netted 14 points. After being deadlocked at 49-49 at the end of regulation, Charlie hit 2 big three-pointers to help Stoga narrowly defeat Scripps Ranch 60-59. Other Conestoga scorers were: Charlie Shappell 7, Milton 5, Zach 4, and Peyton 2.
The team returns home to face Central League foe Upper Darby at CHS on Tuesday January 3, 2017.